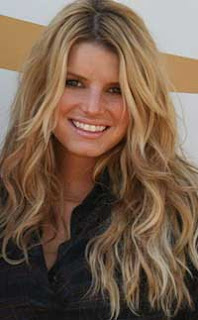 Singer Jessica Simpson has revealed she is "extremely happy" to know that her ex-husband Nick Lachey is engaged.

"I am extremely, extremely happy for him," nydailynews quoted Simpson as saying.

Asked about the rumours that she was "deeply saddened" by the news of his engagement, she said: "I don't know where all those rumors came from. My mom actually called me and said that everyone was saying I was 'saddened.' I was just in complete shock. I couldn't be more happy for Nick."

Simpson and Lachey parted ways in 2005 after being married for three years. Lachey had only recently announced that he was engaged to longtime girlfriend Vanessa Minnillo.
Posted by Indiblogs at 4:02 PM