John Abraham wants to be a director 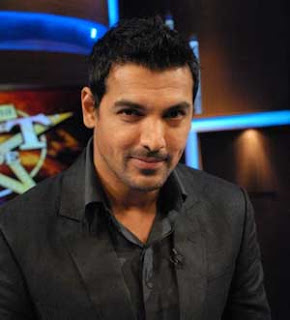 Having worked in more than 30 films in seven years, John Abraham says audiences have become more accepting of his understated, realistic style of acting. He also wants to wield the megaphone soon and is sure of doing a good job as a director.

"I have good friends around me who are directors and writers. They are all willing to sit with me, help me and formulate screenplays. I have ideas and I want to become a director very soon and when I become one, I will be damn good at it," John told IANS in an interview.

"Probably, five-eight years down the line, I'll direct a film. I'm just seven years old in the industry. I want to first just settle down properly and singularly prove myself in a big way and then I will get into direction," added the actor who will turn 38 next month.

John has worked in all genres - from Oscar nominated period drama "Water" to comedies "Garam Masala" and "Dostana" to issue-based "New York".

Explaining his evolution as an actor, he said: "After all these years, I think I've become very comfortable with the medium, but more than myself I've seen a change in the perception of the audience towards me.

"I've always been an understated actor. I'm not into over-projection. When I joined the industry, there was a section of the audience that felt I was too understated. Today the same audiences have a different perception and somehow that same style of acting is working for them now.

"I really haven't changed. I'm following my director's brief and I'm doing exactly that. But people's perception has changed. The sense of reality has prevailed in the mind of the audience and I think that's the change I have seen."

His nerdy look in "Jhootha Hi Sahi" failed to set the cash registers ringing, but the Bollywood hunk has not given up. He is all set to play boy-next-door in a new film.

"I'll be starting the film in March, which will be directed by Kapil Sharma, a first time director. He is the best chief assistant director we have in the country," said John.

"The film is about just a regular guy who gets busted by all the women in his life. It's about a guy who learns life through the women he is with - his mother, sister, his boss, his neighbour, his girlfriend, his ex-girlfriend. It's just about this journey. It's amazing."

The final title of the film is yet to be decided. "Right now it's called 'The Re-education of Ishaan Sabharwal'. That's a working title," he said.

The couple was last seen together in 2007 film "Dhan Dhana Dhan Goal".

"I don't know, depends on whether we are offered a good script. Till then we are okay not doing work together. Anyway there is no public display of affection in our case. We are pretty much in our own worlds," said the actor.
Posted by Indiblogs at 3:23 PM