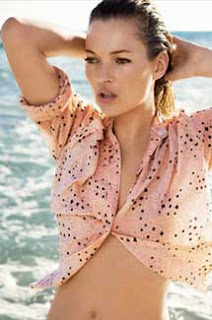 Supermodel Kate Moss has been voted as the best-dressed woman of the decade, and US First Lady Michelle Obama the most independent.

The 36-year-old catwalk queen has always been praised for her unique sense of style and fashion bravery.

"At every moment Kate Moss has looked chic and cool. No one has had more influence for the past decade on the way women have dressed than Kate Moss,"dailymail.co.uk quoted Vogue style director Alexandra Kotur as saying.

"We chose people who were thinking out of the box, women who look as if they're wearing what they really wanted to wear. Our parameters were to highlight from the year, and the overarching theme that we observed was to recognise an emphasis on the individual."

Michelle Obama was selected because there is "no better example of fashion democracy".

Lady Gaga was named as the most "visionary" for her astonishing array of bizarre outfits.

"Lady Gaga speaks for herself - talk about being an individual. She's that in a heightened sense. She doesn't step out the door unless she's in a whole look that's very well thought out and has a purpose," said Kotur.

"When she met the Queen, she wore an outfit that referred back to Elizabeth I. There's thought that's put into everything. She really, truly is the individual."

"Sex And The City" star Sarah Jessica Parker was named Haute Bohemian for her mixture of boho and urban chic.
Posted by Indiblogs at 4:45 PM