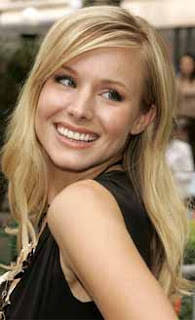 Actress Kristen Bell has revealed that getting married is no longer important for her.

The "You Again" actress, who has been engaged to actor Dax Shepard for almost a year, claims that marriage is increasingly becoming less important to her as she grows older.

"I come from a very traditional household. For a while, I thought a marriage certificate was important, but the older I get, the more I see how little it means," contactmusic.com quoted Bell as saying.

Although Bell admits that he is in no hurry to marry Dax, she loves having someone to share her life with.

She said: "I think one of the most important things you can do in your life is pair up with someone else. I think living alongside someone and sharing everything with them is just beautiful."
Posted by Indiblogs at 4:37 PM