Lindsay Lohan's father feels difficulty in having relationship with her 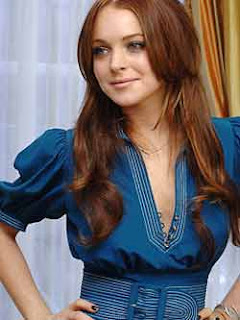 Troubled actress Lindsay Lohan's father Michael admits it's difficult for him to have a relationship with his daughter because they are both in the public eye so they are always being scrutinised.

"The only problem is when you are in the public eye like we are, the entire relationship is under scrutiny so it's hard. It's harder for her," contactmusic.com quoted him as saying.

Michael who has previously stated Lindsay as an addict to prescription drugs -- also revealed the "Mean Girls" star is doing well and has blamed the people she used to hang around with for her problems.

"I know for a fact she's focusing on herself. I see it more now than ever. I think her problems are just this business in general. They care more about themselves than the people around. People in this business can be very selfish."

Lindsay was ordered by a Los Angeles court to stay in rehab until Jan 3, 2011 after she tested positive for cocaine during a random drug test in September.
Posted by Indiblogs at 4:14 PM