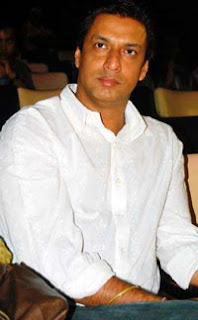 National award-winning director Madhur Bhandarkar, who has moved away from serious cinema to comedy with "Dil Toh Bachcha Hai Ji", says Tabu asked him to try his hand at a comic caper almost a decade ago.

"While we were making 'Chandni Bar', Tabu told me, 'why don't you make a comedy?' It took me 10 years to finally implement that. But I'm happy that finally I have made it," Bhandarkar told reporters Saturday here.

"This is the other side of me because I have a good sense of humour. People who know me closely, know that I'm a very humorous and extrovert kind of person."

The director unveiled the first look of "Dil Toh Bachcha Hai Ji" Saturday that stars Ajay Devgn, Emraan Hashmi and Omi Vaidya, Shruti Haasan, Shazahn Padamsee and Shraddha Das. Co-produced by Bhandarkar and Kumar Mangat Pathak, the romantic comedy is about three men and their encounters with love. It is slated to hit screens Jan 28.

"This is the first time I'm making a romantic comedy and I hope as people loved my earlier films, they accept this movie too," said the 42-year-old.

"My cinema has always been hard-hitting and real. This is a comedy but everyone will be able to relate to the subject. For the first time, my film is not inspired by any newspaper clippings or real life incidences. This story is fictional but can be anyone's story. It has a good blend of humour and realism," he added.

Bhandarkar moved to comedy because he doesn't want to to be typecast.

"As a filmmaker I should make all kinds of films. I should not get typecast. The problem is that when I make serious cinema, people say that Madhur only makes realistic, issue-based cinema.

The director is also quite thankful to yesteryear actor Shatrughan Sinha for giving him the title.

"I want to thank Shatrughanji because he had this title and when I asked him for it, he readily gave it to me. So I want to really thank him for that," he said.

Posted by Indiblogs at 3:16 PM