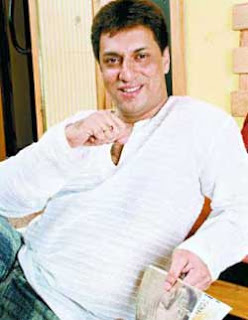 Bhandarkar, speaking to reporters at the 41st edition of the International Film Festival of India (IFFI), also said his films are made according to his will and the film's 'heroes and heroines' have nothing to do with it.

"My films are made as per my will. If at all I change the script, it's my own say," Bhandarkar said.

The "Chandni Bar" director also said he might switch tack soon and make an action-based movie.

"Let me release my film 'Dil To Bachcha Hai Ji'. It's just a day's work on the film in balance. After that I might try my hand with action movies," said Bhandarkar, whose last action movie was "Aan: Men at Work" way back in 2004, which had a multi-star cast including Akshay Kumar.
Posted by Indiblogs at 3:45 PM