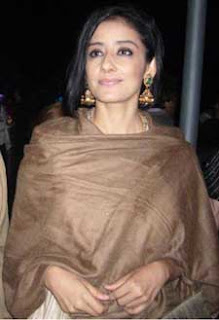 Bollywood diva Manisha Koirala, who triggered a storm of gossip about an impending divorce following a hasty online comment, says things were blown out of proportion and she is still happily married to her Nepali entrepreneur husband.

The 40-year-old acclaimed actor, who is attending the International Film Festival of India that kicked off in Goa Monday, found herself in the eye of a storm both at home and in India after she posted a comment on her Facebook account last week, saying she was mulling divorce after only four months of marriage.

The remark, made after what she says was a minor spat, made the social network grapevine go into a tizzy, fuelling speculation that the actor was already ruing her marriage to Samrat Dahal, a Nepali entrepreneur five years younger and a non-entity till she tied the knot with him in a three-day wedding extravaganza in Kathmandu in June.

Before leaving for Goa, Manisha, who is said to be planning to make a film in Nepal with her fellow actors in Bollywood, Jackie Shroff, Danny Denzongpa and Gulshan Grover, told the Kantipur daily that she had temporarily shifted to her parents' residence in Kathmandu because she was unwell and not due to any marital estrangement.

"I was born in Biratnagar (a sunny town near the Indian border) and lived in Mumbai," Manisha said. "So I find it cold in Kathmandu."

Manisha, who said she was suffering from cold, opted to stay with her parents for a few days as her husband was also out of town, the report said.

Manisha's family Tuesday also denied the rumours that her marriage was on the rocks.

Her father and former minister Prakash Koirala told the local media that a lovers' tiff had been blown out of proportion.

"The news is baseless," the former politician said. "Manisha has always been in the public eye and people are interested in her life. Previously, there were speculations about her marriage; now, it is her divorce."

Manisha, who deleted the controversial post soon afterwards, added a clarification, saying she was "super happy" with her husband.

"I was angry when I wrote that post," she said. "Sometimes I just react and write silly things."

Besides her marriage, Manisha is now also working on resuming her career in Nepal's film industry, shelved almost two decades ago when she left Nepal after just one film to start an illustrious innings in Bollywood with Subhash Ghai's blockbuster film "Saudagar".

Her comeback Nepali film "Dharma", where she plays wife to Nepal's reigning star Rajesh Hamal, is set to be released this winter.

The film has been preceded by her re-entry in the ad world where she began promoting Home TV, a direct to home satellite channel service.
Posted by Indiblogs at 3:37 PM