Monica Bedi feels like a 'free bird' after verdict 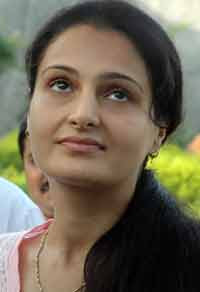 Bollywood starlet Monica Bedi has heaved a sigh of relief after the Supreme Court let her free in a passport forgery case Tuesday. She says she feels like a "free bird" now.

"Finally! After so many years I feel like a free bird. Now I really believe 'all's well that ends well'. I am so happy to be relieved and I am glad that I can enjoy all rights of a regular Indian citizen now," an elated Monica told IANS on telephone from Mumbai.

The 35-year-old, who was earlier linked to underworld don Abu Salem, was caught in Portugal for travelling on a false passport in the name of Sana Malik Kamal.

She was sentenced to five years imprisonment by a trial court in Hyderabad in 2006. This was reduced to three years by the Andhra Pradesh High Court.

Now the Supreme Court has reduced the period of imprisonment to two years and six months, which she has already undergone.

Though Monica has been on bail for three years, she says the passport case has been quite a restriction for her Bollywood comeback.

"I have been losing out on a lot of quality work because I didn't have a passport. A lot of films required me to travel abroad, but I just couldn't go without the court's permission.

"A lot of filmmakers were also hesitant and skeptical about approaching me because they were not clear whether or not I could travel. Now everything is fine. I can finally enjoy my work," said the actress, who was seen in films like "Jaanam Samjha Karo" and "Jodi No.1".

After being in the news for all the wrong reasons since 2002, Monica came back to limelight with reality show "Bigg Boss" in 2008.

Thereafter, she featured in reality shows like "Jhalak Dikkhla Jaa 3" and "Desi Girl" and even launched her devotional album "Ek Onkaar". Now she hopes to return to the silver screen.

"I am planning to do more reality shows and lots of good movies. I hope everything turns out great for me and life returns to normal. I am confident that better things are waiting to happen in my life," she said.

The first international destination Monica would like to visit with her fresh passport is Norway, where she spent 18 years of her life.

"I would love to go back to Norway and meet my parents. I haven't been there for long. My house is there and it would be a pleasure to go there, relive my childhood memories and meet all my friends."
Posted by Indiblogs at 4:27 PM