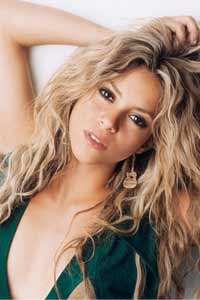 Pop singer Shakira has raised $660,000 to build schools in Colombia and Haiti by agreeing to appear in a Spanish advert.

The "Waka Waka" singer agreed to appear in an advertisement for a Spanish cava drink in return for the company, Freixenet, making the donation to her charitable foundation Pies Descalzos, reports contactmusic.com.

"Education is a birthright and a quality education is the only tool that a child has to turn dreams into reality. Since I was a girl I have been aware of the tough reality faced by many children," said Shakira.

As per the agreement, Freixenet will also produce a documentary about Pies Descalzos and make the music video for Shakira's forthcoming single "Sale El Sol".

The Colombian-born singer has also done other charity work in the past.

She donated the harmonica she used in her music video "Gypsy" for an auction being held by her home country's branch of the Red Cross in aid of their campaign Dar por Colombia hoy (Give to Colombia Today), which aims to raise money for victims of the harsh rainy season.
Posted by Indiblogs at 3:47 PM

Email ThisBlogThis!Share to TwitterShare to FacebookShare to Pinterest
Labels: shakira