Priyanka Chopra feels herself too young for marriage 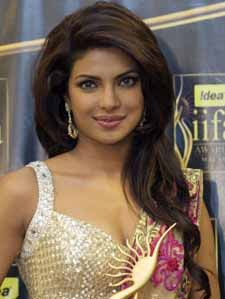 She may be one of the most eligible single women in tinsel town, but getting married figures nowhere on the agenda of National Award winning actress Priyanka Chopra. The 28-year-old says she is too young for it.

Priyanka is in fact "amused" by recent rumours that she has given in to her parents' incessant requests to get married.

"It's actually quite amusing how much momentum this particular rumour has gathered. But it's completely ridiculous. Of course, like any girl I'd want to be married some day but for god's sake I'm only in my 20s and for an actress that's like being a teenager,"Priyanka told IANS in an interview over e-mail.

Nevertheless, she admits her parents want her to settle down.

"My parents have been wanting me to be married since I was born and have been coaxing me since I was old enough to understand the concept...Like any normal Punjabi family," she said.

But does she see herself married in the next five years?

"I don't plan my life, so I don't know. It will happen whenever the right guy comes along and sweeps me off my feet...whenever destiny permits," quipped Priyanka, who was seen in her rough and tough avatar in the reality TV show, "Fear Factor: Khatron Ke Khiladi 3".

The former Miss World is counted among the most formidable actresses of the current generation and reached the peak of her career with projects like "Fashion", "Dostana" and "Kaminey".

She is enjoying her success, awaiting her upcoming releases, and busy working hard for her new projects, which hardly leaves her with time to mingle with people. She feels her celebrity status, at times, makes it difficult to meet good men.

"As actors we largely meet only co-actors and people from our industry. To top that, I am not too social as a person...so parties and social dos are not my scene! So yes, I guess it is difficult (to find a good match)," she said.

Besides, Priyanka says she has no hang-ups about the background of the person she will marry.

"I have no fixed notions on who or what he will be! All I know is that he should keep me happy and love me for all I am. It has to be someone who is secure in his own skin," said the actress, who was last seen opposite Ranbir Kapoor in "Anjaana Anjaani".

Priyanka has been previously linked with three actors - Harman Baweja, Shahid Kapoor and Hollywood star Gerard Butler, but she prefers not to comment.

She said: "I have never felt the need to discuss my personal life. I never have and never will until there is something or someone substantial to say something about!"

In the meantime, work is all that's on her mind.

Her forthcoming projects include Vishal Bharadwaj's "Saat Khoon Maaf", in which she plays a femme fatale who kills her seven spouses.

She will also be seen with superstar Shah Rukh Khan once again in "Don 2 - The Chase Continues", the sequel to the 2006 "Don - The Chase Begins Again". Both films are slated for release in 2011.

She has also signed up for Anurag Basu's "Silence", and will be featuring with Ranbir once again.
Posted by Indiblogs at 4:02 PM