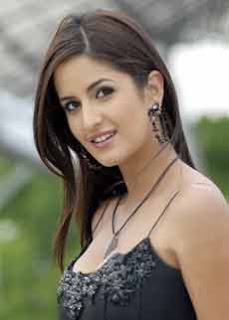 Now Katrina Kaif has joined them! Her "Sheila ki jawani" is the latest in a long line of raunchy numbers that have made top mainstream actresses shed their inhibitions to set the adrenaline pumping. Why, Madhuri Dixit and Aishwarya Rai have done it too.

"Sheila Ki Jawani" from Farah Khan's third directorial venture "Tees Maar Khan" has become quite popular even before the song was officially released. Its spicy lyrics and Katrina's sexy moves have struck a chord with the audience and the electrifying song is being frequently played on radio stations and television channels.

The lyrics in these item numbers are catchy - and they don't always make sense even if they are provocative.

"Lyrics are lyrics. No one should take them literally and seriously and analyse them in songs like these. If you believe you are doing something clean and keeping yourself in the boundaries of dignity, then the lyrics and mood of the song don't matter and you feel comfortable while performing it," Katrina told IANS.

"I enjoy my dancing. I don't know how technically good I am, but I like doing it and I enjoyed it," she added.

"Sheila ki jawani" is on its way to giving competition to this year's most popular number "Munni badnaam hui" from "Dabangg". The song was picturised on Malaika Arora who earlier sizzled on the screen in songs like "Chhaiyan chhaiyan" and "Mahi we".

Item numbers are Hindi films' way of spicing up a film. Among mainstream actresses, it was Bollywood's dancing queen Madhuri Dixit who became perhaps the first to set the temperatures soaring with the sensuous item number "Choli ke peeche kya hai".

Later from Shilpa Shetty to Aishwarya Rai and from Kareena Kapoor to Priyanka Chopra, everyone followed suit.

"Earlier mainstream actresses were shown as very simple and docile. But the overall image is now changing and today they have become smarter and bolder and they would certainly not mind being a part of provocative song," film critic Omar Qureshi told IANS.

"However, many actresses agree to do an item number just for the sake of their friendship with actors or filmmakers, such as Priyanka Chopra, Deepika Padukone and Kareena Kapoor in Shah Rukh Khan's 'Billu'," he added.

Aishwarya wowed the audience with her sensuous moves in "Ishq kamina" in "Shakti" and "Kajrare" in "Bunty Aur Babli".

Shilpa is still remembered for her scintillating dance in the song "Main aayi hun UP (Uttar Pradesh) Bihar lootne" in "Shool" and "Shut up and bounce" in Abhishek Bachchan-John Abraham starrer "Dostana".

"Item numbers have become the USP of a film. So it's like even if the film doesn't work, at least the song becomes popular and it is widely played in parties and shows," said trade analyst Taran Adarsh.

Actresses like Isha Koppikar rose on the film firmament with the item number "Khallas" in the hit gangster movie "Company", while Rakhi Sawant is known for her bold and sexy numbers like "Tuk tuk dekhe" in "Krazzy 4".

Item numbers are so tempting that even yesteryear diva Rekha couldn't hold herself back from featuring in "Kaisi paheli" in "Parineeta".
Posted by Indiblogs at 4:20 PM