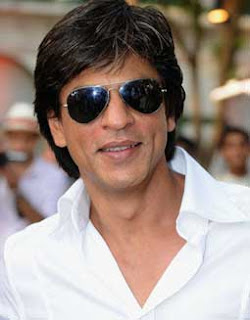 The Shiv Sena Friday attacked Bollywood superstar Shah Rukh Khan for agreeing to perform at a function for Pakistani TV channel on the second anniversary of the 26/11 terror strike. However, the actor's office said there was no truth in the allegation and that he was in Berlin shooting for "Don 2".

In a sharp editorial in the party mouthpiece Saamna, the Sena said Khan lived in India, worked in Mumbai, constructed a palace (Mannat Bungalow in Bandra) in Mumbai but agreed to do a song-and-dance for a Pakistani TV channel in London, ostensibly to help the victims of the recent floods there.

"This (26/11 anniversary) is becoming an occasion to celebrate, instead of remembering the sacrifices of the martyrs and the innocent victims of the terror attacks and paying them homage," the editorial said.

However, a source in Shah Rukh's office said: "Shah Rukh is very much in Berlin. He's shooting for Farhan Akhtar's 'Don 2'. He's not going anywhere. There is no truth in the Saamna story."

The party also frowned on the recent trip by US President Barack Obama, who stayed at the Hotel Taj Mahal Palace and Tower, to symbolise the unity against terror.

"But, President Obama, you had more than 50,000 policemen protecting you and the entire hotel evacuated for your stay. If the same amount of security had been deployed during 26/11, it would have never happened in the first place," it argued.

Besides, it sarcastically added that in his country (US), the home minister and opposition leader don't go and meet terrorists in jail enquiring after their well-being and happiness.
Posted by Indiblogs at 3:28 PM