A sleepless night for Amitabh Bachchan 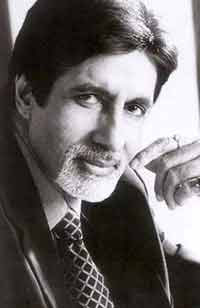 Bollywood veteran Amitabh Bachchan says he couldn't sleep a night after Diwali because of the pain in his right rib cage.

"After having spent a horrible night, I woke up eventually to fight it rather than succumb. The right rib cage and the region above it has been in a spasm throughout, and so finding any kind of comfort in any sleeping position whatsoever has been a task of immense proportion," wrote Amitabh Bachchan, 67, on his blog www.bigb.bigadda.com

Despite the gruesome pain, the actor braved it to the gymnasium to complete his exercise regime, which caused him further discomfort.

"Struggling across the morning formalities I was able to get myself to the gym, albeit in even greater pain. Once there, it was tougher than most days to cope, not just with the absence of exercise for the many missed days, but also to go through a regimen that promised no relief," he wrote.

He then resorted to pain killers to rid him of the unbearable pain.

"The important thing was that I survived the drill and then resorted to the age old practice of external relief - the pain killer," he wrote.

The megastar says the surreal experience of interacting with an audience was far more relieving than any number of pain killers could have been.

"I have to say that even if I had taken a million pain relievers, nothing would have worked as beautifully as the effect of a live audience in personal contact. The masses give us the confidence the strength, the courage and desire to excel and our efforts to achieve that begin to move in unison," he wrote.

He also thanked the audience of "Kaun Banega Crorepati 2010" (KBC), a quiz show he hosts for Sony.

"Thank you people of the KBC audience...you have converted an unfortunate and somewhat grave situation into one of possibility and that possibility was the conduct of the two episodes that needed to be recorded today," he wrote.
Posted by Indiblogs at 4:51 PM