Sonam Kapoor claims Farah Khan has magic in her hands 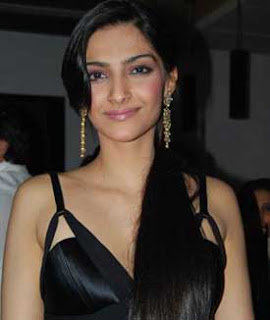 She has yet to work with Farah Khan, but Sonam Kapoor is quite impressed with the choreographer-turned filmmaker's directorial skills and feels she has magic to make her lead actresses "look extraordinarily different" on screen.

"Farah has magic in her hands to make her female actresses look extraordinarily different. Deepika looked stunning in 'Om Shanti Om', while Katrina looks all the more beautiful in 'Tees Maar Khan'," Sonam, who was here for the launch of John Galliano's eyewear collection, told IANS.

"The way Farah projects her actresses is different and I don't think Katrina has done or will cross the benchmark which Farah has laid for her with this film," she added.

"Sanjay sir is an amazing storyteller. He is my guru. He has taught me and has brought me in this line. I owe him a lot more. I am sure 'Guraazish' will do very well it looks very theatrical," she added.

The 25-year-old also revealed her hands are full with projects like "Mausam", "Thank You" and "Players".
Posted by Indiblogs at 3:40 PM