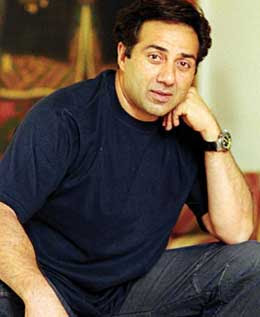 Karan Deol, the 19-year-old son of Bollywood actor Sunny Deol who was launched in director Rahul Rawail's "Betaab" in 1983, has enrolled as the first student in the filmmaker's acting school.

Rawail says: "I've just started my acting school. It's the first Indian branch of the world-famous Stella Adler Studio Of Acting. And Sunny's son Karan is my first student."

Stella Adler's school in New York is named after Marlon Brando's first acting teacher. It's the world's most well-known acting school, having trained many Hollywood legends such as Anthony Quinn, Warren Beatty and Candice Bergen.

"As proud as I am of having got the franchise for the Stella Adler Studio Of Acting, I am even prouder that Sunny's son is my first student. I see a sense of continuity there," Rawail says.
Posted by Indiblogs at 4:53 PM