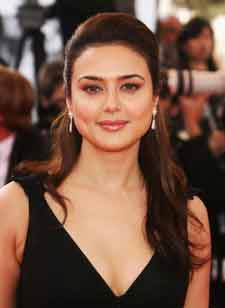 "On World AIDS Day, it is important to remember two facts - HIV is preventable, but even so in 2009 nearly one and a half lakh Indians got infected, including 18,000 infants," Zinta said in a statement.

"AIDS is also fully treatable. Over three lakh Indians are receiving free treatment but nevertheless over one and a half lakh of our countrymen and women have died from AIDS, largely because they didn't know they were infected with HIV and needed lifesaving treatment," she added.

According to a UN report, India is home to about 2.3 million people living with AIDS.

"Mother-to-child transmission of HIV particularly upsets me. We should be able to protect every infant in India from HIV, but still thousands of infants get infected each year," she said.

Speaking against discriminating people on the basis of their HIV status, the actress said: "Stigma and discrimination because of ignorance about HIV is a big deterrent for people who need to access services - whether it is prevention, to find out whether they have infection, and if they need treatment."

"In this day and age in our country we must stand up and say this is unacceptable. It is wrong to discriminate against anyone because of HIV. The starting point is information and knowledge! If we take action today, together we can reach zero new HIV infections," Zinta added.
Posted by Indiblogs at 3:57 PM