'The Warrior's Way' to be released in India on Dec 10 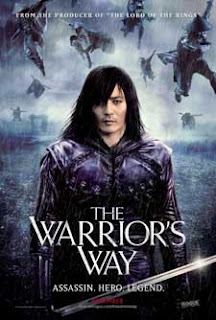 Releasing in the US Dec 3, the epic story of revenge and redemption is being distributed in India by Multivision Multimedia India Pvt. Ltd. with more than 350 prints in English, Hindi, Tamil and Telugu.

"'The Warriors Way' transports the audience to an imaginative world with a very Asian point of view as introducing Asian assassins into the old West is a novel idea. It's a broad, action-packed adventure with a tragic love story at its heart... I hope audiences will like it very much as it has an Asian Connection too," Amit Jethani, director, Multivision Multimedia India (P) Ltd, said in a statement.

Starring South Korean actor Jang Dong-gun as well as Kate Bosworth, Geoffrey Rush, Danny Huston, Stephen Halsall and Tony Cox, it is Sngmoo Lee's debut American directorial venture. The movie has been produced by Barrie M. Osborne who has produced "The Lord of the Rings" franchise.

The story revolves around a warrior Yang (Jang Dong-gun), who is forced to hide in a small town in the American badlands. He meets the town drunk (Geoffrey Rush) and a circus knife thrower (Kate Bosworth), both of whom have powerful secrets.
Posted by Indiblogs at 5:03 PM

Email ThisBlogThis!Share to TwitterShare to FacebookShare to Pinterest
Labels: Hollywood, The Warrior's Way