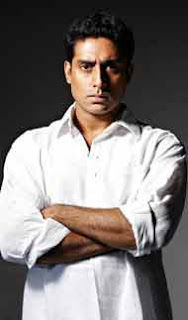 Abhishek Bachchan says he got goosebumps while shooting some scenes in his first patriotic movie "Khelein Hum Jee Jaan Sey".

"The patriotic feel that comes out during the film, I never felt something like that before. In the film, you are in the character and have that mental build up of what those guys must have thought and what will have gone through with them is very touching," Abhishek told IANS in an interview.

"There is a scene in the film where freedom fighters hoist Indian flag for the first time in the cantonment. When we did that scene, I remember that everyone had tears in their eyes and we had goosebumps. We were thinking what those guys must have felt when they actually did that? What all struggle they must have gone through? It was a different feeling altogether," he added.

Directed by Ashutosh Gowariker, "Khelein Hum Jee Jaan Sey" is about Chittagong uprising of 1930, spearheaded by Surjya Sen. The film has taken references from senior journalist Manini Chatterjee's book "Do And Die".

Abhishek feels it was important to bring this story on big screen as not many people know about the revolution and Surjya Sen.

"When Ashutosh told me about the film, I felt this is a story that should be told and brought to the common man. I believe that people like Surjya Sen should be spoken about in the same breadth as Chandrashekhar Azad and Bhagat Singh," said the actor, who did not know about the event himself till the director approached him with the script.

Slated to hit screens Dec 3, the film was shot majorly in Sawantwadi in North Goa.

Abhishek didn't have any difficulty in playing the character.

"No, not really. In fact, on a weird level it's almost easier because you work in a very definite framework. Because it's filmmaking, it's wonderful because you get transported to a different time. The environment is such that it's a lot easier to get into the character," he revealed.

But recreating Surjya Sen's look was not easy because of lack of photographs.

"The film is based on a book, which gives a very detailed account of the uprising. So we have stuck to that book, author's interpretation and research. Then we did recce of Calcutta. Went to the Surjya Sen Bhawan where a lot of information is available," Abhishek said.

"But unfortunately there is not much photographic evidence. There is no video footage. So in terms of physicality, it was difficult to recreate him because we didn't have enough reference. So we had to build ourselves," said Abhishek, who is seen in a kurta and dhoti in the promos of the film.

When asked whether he takes a different approach while doing a lighter film like "Dostana", he said: "Approach is exactly the same. Focus and professionalism is important everywhere. You can't take one film seriously and the other not. I worked very hard for 'Dostana' too. You can't afford to work less harder."
Posted by Indiblogs at 3:18 PM