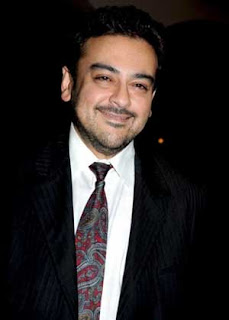 A fine of Rs.20 lakh has also been slapped on the singer.

Sami said: "I have received an order from the ED which says my properties will be confiscated if I do not file an appeal in the next 45 days."

He rubbished media reports claiming that his flats have been confiscated.

"The order was received Dec 21 and we have 45 days from then to file an appeal, which we will move at the earliest. But the properties have not been confiscated yet," said Sami's lawyer Vibhav Krishna.

The ED order mentions that Sami's application for buying property in Mumbai was rejected by the Reserve Bank of India in 2003 owning to his Pakistani nationality. Sami, however, denies any knowledge of the rejection.

Shifting the onus on the builder, Sami said: "I was friends with Vikas Oberoi, the builder of Oberoi Sky Garden. In 2003, I had told him I want to buy a property in Mumbai. He had told me about his upcoming project and that his legal team will take care of all the formalities if I want to buy property."

"In fact my bank loan was also cleared and the property registered in my name. I had no idea that the RBI has rejected my application."

Sami has been served the confiscation order under the Foreign Exchange Management Act (FEMA).

Vikas Oberoi could not be contacted despite repeated attempts.
Posted by Indiblogs at 10:32 AM