After heartache, it's toothache for Elizabeth Hurley 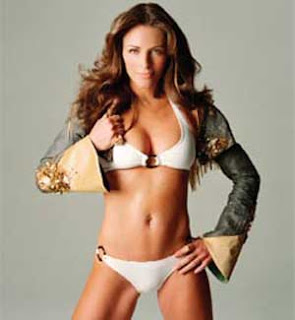 London, Dec 26 (IANS) Model-actress Elizabeth Hurley had to rush to a dentist after she started suffering excruciating tooth pains earlier this week.

Hurley, who has been going through a tough emotional phase after her split from Indian husband Arun Nayar and also estranged beau Shane Warne, was taken to the hospital Thursday, reports dailystar.co.uk.

The star took to her Twitter page Wednesday to ask her online fans for advice on how to deal with the tooth pain.

"What does it mean if you suddenly have violent toothache in about ten teeth at the same time?" she posted.

She took a painkiller, and returned to the micro-blogging site for an update, which read: "Agonising few hours...dentist tomorrow."
Posted by Indiblogs at 11:13 AM