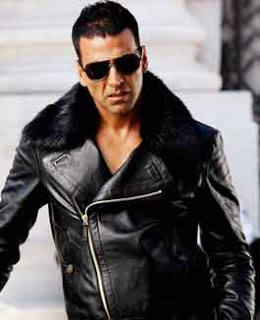 Akshay Kumar's last two outings - "Khatta Meetha" and "Action Replayy" - failed to make the cash registers jingle. This hasn't dampened the Bollywood star's spirit but he admits he is craving for a big hit and hopes his "Tees Maar Khan" will hit bull's eye.

"If you follow my career graph, there have been a lot of ups and downs. It doesn't matter. I am not desperate, but, yes, I crave for a big hit all the time because I work very hard. I release around four films a year. I work very hard in each and every film," Akshay told IANS in an interview.

" 'Action Replayy' didn't work. It couldn't connect with the audience. I tried to reason out and I think it would be because of the look or because of the screenplay," said Akshay, who is also known for his comic timing. He tickled the funny bone with movies like "Hera Pheri", "Singh is Kinng" and "Namastey London".

Right now he is looking forward to his action-packed fun film "Tees Maar Khan", which is scheduled for a Christmas release. Director Farah Khan is presenting him as a conman.

"This is a fun character, full of enjoyment. He (the character) is a conman and so there is a lot of mischief. The character is actually very shrewd. He always tries fooling people because he wants to make it big. He never does anything himself; he makes people do things for him. I haven't done such a fun and frolic role for a long time," said Akshay.

He is known for action movies like "Khiladi" and "Mohra" and says he would love to do serious movies but regrets there are no takers for such stories.

"If you ask me whether I would like to do a serious film, yes, I would love to do serious roles, serious characters. Unfortunately, it doesn't work. No one comes to see serious films. All look for fun films.

"I have tried doing something or the other and I will keep doing it if I get a good script. There are certain types of people who don't want straight or hard-hitting films. You have to understand your audience and keep on doing something - this is what my experience tells me. I haven't done any romantic film either.

"Also, I have to understand the business...I can't do a film to satisfy myself; I have to satisfy others because I am an entertainer," said Akshay.

Undeterred by failures, the actor has big plans for next year.

"I have not given up. Next year I am doing a very high-end action film with Prabhu Deva," said Akshay.
Posted by Indiblogs at 3:25 PM