Akshay kumar suffering from back problem 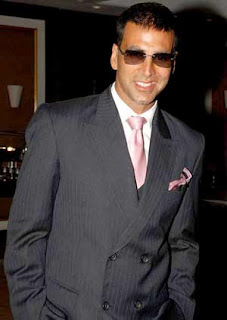 Mumbai, Dec 16 (IANS) Akshay Kumar was forced to cancel his Dubai trip to promote his forthcoming comedy "Tees Maar Khan" because of his chronic back problem.

While wife Twinkle rushed Akshay to the doctors Tuesday afternoon, Akshay's co-star Katrina Kaif left for the Dubai lap of the film's promotion all alone.

Apparently Akshay was insistent that he join Katrina for her trip to Dubai. But Twinkle put her husband under house-arrest, as this was not an isolated back pain.

Akshay first suffered a back problem while doing a stunt sequence in "Khiladiyon Ka Khiladi" in 1996. It confined him to bed rest for almost three months.

Again, Akshay's back trouble recurred last year while shooting for Sajid Khan's "Housefull". He was advised surgery but Akshay opted for water therapy. It took him to Germany and he came back apparently fully cured.

"It was the rigorous travel by plane and cars for the promotion of his new film that caused Akshay's back problem again," said a source.

While the whirlwind tour of Dubai had to be cancelled, Akshay insisted he would leave for the London lap of his promotional tour Tuesday night.

Twinkle confirmed that Akshay was better and that he left for London Tuesday night itself to promote "Tees Maar Khan" there.
Posted by Indiblogs at 11:21 AM