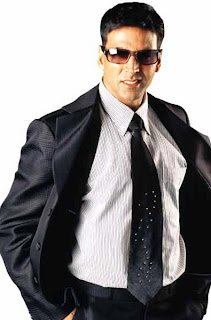 Mumbai, Dec 28 (IANS) In his next film "Patiala House", Bollywood actor Akshay Kumar will be seen essaying a role which has been inspired by England cricket team's Sikh member Monty Singh Panesar.

Panesar is the first Sikh to join England cricket team and the spinner is a crowd favourite. Panesar's parents migrated there from Punjab.

In "Patiala House", Akshay will be seen as Parghat Singh Kahlon, a British citizen whose dream is to be a pace bowler.

The film is being directed by Nikhil Advani and also stars Anushka Sharma, Rishi Kapoor and Dimple Kapadia. It is slated to release in Feb next year.
Posted by Indiblogs at 10:49 AM