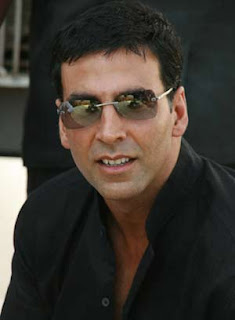 Aarav won a gold medal for his kicks, and a silver medal each for his squats and combat fighting. Though Akshay's genes could well be the reason behind Aarav's accomplishment, the actor credits his wife Twinkle Khanna for their son's success.

"I must say that Aarav's gold medal is all thanks to my wife. She gave him extra training everyday at home for the last one month and he thanked her with an outstanding gold medal in return. He may have my genes but he definitely has his mother's fighting spirit," wrote Akshay.

Akshay and Twinkle tied the knot in 2001, and Akshay is still quite vocal about his love for her.

"Tina (Twinkle's real name) I love you and I'm so proud of our son," he tweeted.

One wonders if later Aarav will take the Bollywood route to fulfil his love for action, just as his father did with films like "Khiladi" and "Mohra".
Posted by Indiblogs at 10:43 AM