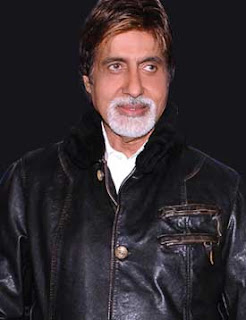 Big B takes on the role of a narrator for the first trailer of "Delhi Belly", that comes attached with another Aamir production "Dhobhi Ghat" Jan 21.

"Couple of days ago, Aamir and Kiran (Rao) were seen visiting Amitabh Bachchan on sets. After a long closed door meeting and catching up, they left almost after two hours. And yesterday morning Amitabh Bachchan dubbed in a suburban studio for 'Delhi Belly'," read a statement from the movie's publicist.

"It's an introductory piece and what's interesting is that Aamir has written the piece."

"Amitji is just too cool... He has once again been most generous and loving to me," he posted on his Facebook page.

Starring Aamir's nephew Imran Khan with Kunal Roy Kapur and comedian Vir Das, the movie has been directed by debutant Abhinay Deo.
Posted by Indiblogs at 11:28 AM