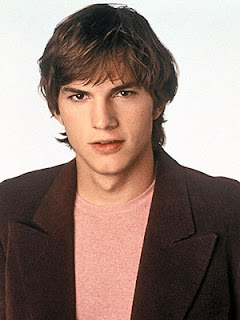 The "Spread" actor threatened to sue after Vivid Entertainment bosses named him in a press release for their forthcoming adult video featuring Brittney Jones, who claims to have bedded Kutcher.

The press release declared: "Ashton's fans will undoubtedly enjoy seeing what the star himself may have experienced."

The firm's boss Steve Hirsch initially dismissed the actor's complaint as "without merit" but after a number of legal exchanges, Kutcher has been distanced from the controversy, reports tmz.com.

"We decided not to use the A-lister's actual name in connection with the sex tape," said a representative from Vivid Entertainment.
Posted by Indiblogs at 10:54 AM