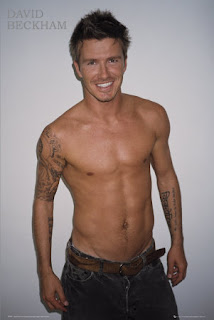 London, Dec 26 (IANS) Football star David Beckham, who has been accused of bedding a sex worker, will face the woman in a US court hearing within the next few weeks, reports dailystar.co.uk.

Beckham was due to give a formal statement in the case before Christmas. But his attorneys managed to have the hearing postponed until after his family festivities with wife Victoria and their three young sons.

Beckham, 35, launched his 16 million pounds legal action against hooker Irma Nici, 25, and German-owned US magazine In Touch over an article in which she claimed he hired her and a "curvy brunette" for sex romps at New York's Le Parker Meridien ­Hotel in 2007.

Bosnian-born Nici is ­counter-suing the former England star for a million dollars, claiming he caused her "emotional and ­physical pain and distress".

She alleges a writ server hired by Beckham's legal team chased and harassed her so severely she ended up in a hospital cardiac unit ­suffering intense chest pains.

Now, as a result of her counter-suit, he will be ordered to give his deposition - the US equivalent of swearing an affidavit - at a private hearing within the next month.

Unlike the British legal system, Nici will be allowed to fire ­questions at the football star about their ­alleged ­liaison.

Nici's lawyer Paul Jensen has ­revealed he may unveil the mystery brunette, who would also be allowed to grill Beckham.

An LA Galaxy team mate said: "David will have his own lawyers present, of course. But he's still ­angry and fearful that he may be forced to divulge matters about his private life. This whole case has become a thorn in his side. I'm not saying he regrets suing the magazine and this woman, but I don't think he realised how ­intensely personal the ­pre-trial ­system can be over here."

Nici's attorney has also filed a ­motion to dismiss Beckham's case against her, which will be heard at Los Angeles Superior Court Feb 16.

Jensen insisted: "Even his own lawyers don't expect to win this ­litigation. California law does not ­allow public figures like David ­Beckham to stifle free speech."

The future doesn't look all bleak for Beckham, however.

He could be asked to captain a Great Britain team at the 2012 Olympics in London. Organising committee chairman Seb Coe and Prince William are said to be "100 percent" behind the idea, which could provide Beckham with the ­ultimate swansong to his career, reports dailystar.co.uk.
Posted by Indiblogs at 12:02 PM