Hema Malini says she had a superb time directing Dharamji 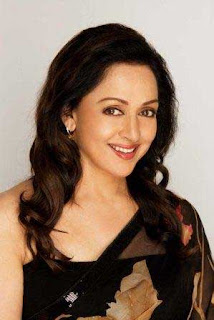 Mumbai, Dec 28 (IANS) Directing your husband and daughter could have its tricky moments and so it was for Hema Malini too. But it was enormously enjoyable and everything eventually fell into place, says the Bollywood diva and director whose forthcoming "Tell Me Oh Khuda" stars husband Dharmendra and daughter Esha Deol.

"Directing Dharamji was superb. In the beginning, however, he did not listen to me. He used to ask me 'What is this, what is that'. Then I used to tell him that I want it like this, so just do it. So he realised I knew the job and then left it entirely to me. He didn't interfere at all after that," Hema, who has wielded the megaphone after 18 years for the movie, told IANS in an interview.

The crackling chemistry between the couple was in evidence in blockbusters like "Seeta Aur Geeta", "Sholay", "Razia Sultan" and "Pratigya".

Hema, 62, who earlier directed the Shah Rukh Khan-Divya Bharti-starrer "Dil Aashna Hai" in 1992, is making "Tell Me Oh Khuda" for her daughter Esha.

"I'm very excited about my film. It's a very interesting story of a girl's passionate quest to know her origins. The film might get delayed a little bit because of the whole process of change in directors. But I'm trying to release it latest by March," said the actress, looking graceful as ever in a green silk sari.

She has roped in Arjan Bajwa, Chandan Roy Sanyal, Vinod Khanna and Rishi Kapoor for the film. It was earlier being directed by Mayur Puri but Hema decided to take the reins in her own hands.

The film is in the post-production stage and work is expected to get over by Jan 10.

How was it directing Esha?

"We have a different relationship on the sets, but still we are mother and daughter and so that does come across. After every scene she used to ask me if it was okay or not. It was really a pleasure directing her and the whole process was very sweet," said Hema.

That's not all what is keeping the multi-faceted actress occupied. She is also producing a TV show for Colors called "Maati Ki Banno", which hit the small screens Monday.

This is her first television show in eight years. In the past, she has produced shows like "Nupur", "Women of India" and "Aap Ki Saheli" as well as the Marathi shows "Songti" and "Umberta".

Discussing her long absence from the small screen, the actress, who was a Bharatiya Janata Party (BJP) MP, said: "Nothing great came across. Also, I got busy with parliament. I had to spend time there. My term got over last September and next month this happened."

The show follows the journey of an orphan girl from Mauritius married into a family in Bihar and details her struggles with her new life overshadowed by secrets that haunt her husband's family.

So is it difficult to manage direction, production, dance shows and the family?

The multi-tasker says she manages it all. "You need to take out time for everything. If you want to, you can manage things and that's what I do. I'm very happy with whatever I have done in the past and whatever I am doing now. But, yes, there are times when I feel like going away to some place for some time, doing just nothing.

"However, that's just a momentary thing because we are creative people and we can't sit without doing anything for long," added Hema, whose younger daughter Ahana has evinced interest in becoming a director.
Posted by Indiblogs at 10:10 AM