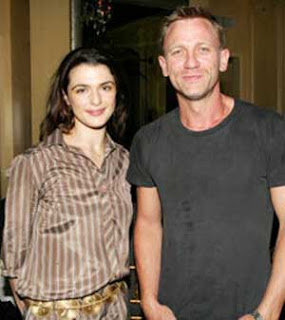 The pair, who recently wrapped filming together an upcoming horror movie "Dream House", was seen during the festive period staying at a cottage in Dorset, south England, reports newsoftheworld.co.uk.

They spent Christmas Eve together laughing and drinking at a nearby pub and were also photographed holding hands as they walked along a street in the town.

Weisz split from filmmaker Darren Aronofsky, the father of her four-year-old son Henry, earlier this year, while Craig was reported to have split from his fiancee Satsuki Mitchell in November, but he declined to comment on the reports.
Posted by Indiblogs at 10:17 AM