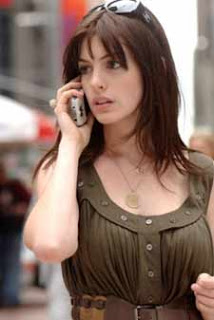 Actress Anne Hathaway has revealed that she is eager to star in Shakespeare stage productions.

The Hollywood actress wants to test herself on the stage and would readily accept a role in any of the 16th century English playwright's works if she was offered. She also a huge admirer for the 19th century Norwegian playwright-and-theatre director Henrik Ibsen, reports contactmusic.com.

Asked what she wants to do next in her career, she revealed: "Most of Shakespeare and pretty much all of Ibsen.

"Most of the roles I'd love to play are in the theatre. In terms of my career, I would like to kill an alien at some point. I would like to drive a spaceship and maybe be a spy. I'd like to kick a little a*s."
Posted by Indiblogs at 4:02 PM