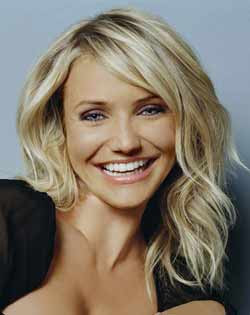 Hollywood actress Cameron Diaz was blown off by the lead singer of "The Script", when she slipped his management her phone number.

"Cameron Diaz once asked me out, she gave her number to my management, I didn't call her though, I'm happy with my girlfriend. To be honest I wasn't even tempted," dailystar.co.uk quoted singer Danny O'Donoghue as saying.

However he accepts he would've gladly called Diaz had he not been already dating.

"If me and my girlfriend broke up I'm sure I'd track her down. I wouldn't be intimidated. It's a pretty cool thing to happen though," he said.

Diaz seemed to be rather keen on getting to know Donoghue better as a source revealed.

"She was really interested in Danny, she was flirting with him and loved his strong Irish accent," the source said.
Posted by Indiblogs at 4:09 PM