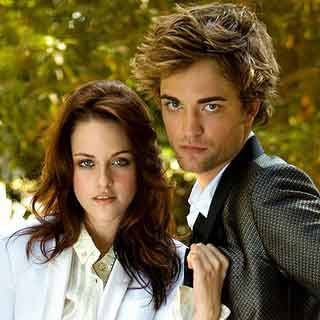 Hollywood actors Kristen Stewart and Robert Pattinson have been named the most stylish celebrity couple by fashion magazine InStyle.

The actors, who play onscreen lovers in the "Twilight" franchise and are rumoured to be dating in real life, topped the poll with the publication's editors praising Pattinson's "public-school boy style" and Stewart's "laidback American approach to fashion", reports dailystar.co.uk.

The pair was placed ahead of fashionable "Sex And The City" star Sarah Jessica Parker and her husband Matthew Broderick, who came second while Johnny Depp and Vanessa Paradis came in third.

Other couples to make the top 10 include Demi Moore and Ashton Kutcher, Jennifer Lopez and Marc Anthony, and Zac Efron and Vanessa Hudgens.
Posted by Indiblogs at 4:07 PM