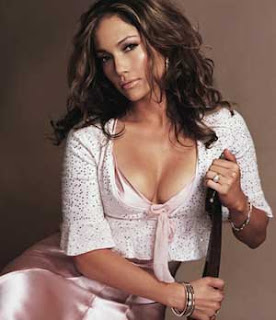 Singer Jennifer Lopez is facing a legal battle to protect her image from being tarnished by the public release of a sex tape made by her ex-husband Ojai Noa.

The 41-year-old singer has taken to the court as she tries to stop Noa and his agent Ed Meyer from selling and marketing videos made during the couple's 11-month marriage.

"Jennifer Lopez is riding a scooter while talking to the camera and numerous by-standers, with her private parts in as plain view similar to how Paris Hilton, Britney Spears and Lindsay Lohan have flashed in the past," dailymail.co.uk quoted Meyer as saying.

Meyer claimed that this was just one among several such tapes of the singer.

"This is among other nudity on her part in the 21 hours of home movies that we have so far recovered," he added.

Lopez has however refused to let these tapes go public, saying they are private, personal and claiming that Noa and filmmaker Meyer are violating an injunction which blocks the release of the videos.
Posted by Indiblogs at 3:40 PM