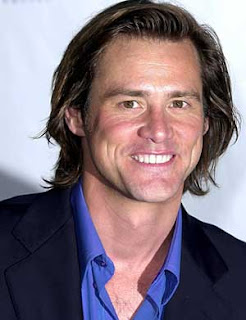 London, Dec 27 (IANS) Actor Jim Carrey has revealed that he dislikes people who bully others on the basis of their sexuality.

"This is a horrible thing to be bullied, and to feel like an outcast is a terrible thing. It's just so an old thing, an old antiquated way of thinking that you can't have anymore. It doesn't belong in the new paradigm," showbizspy.com quoted Carrey as saying.

"Anybody who bullies anybody for any reason is no friend of mine. Frankly, I can't imagine hitting a human being for any reason except self-preservation, if I was attacked. Your sensibilities are different when you're a school kid and there's gang mentality, but it ain't cool," Carey said.

"Some of the most valuable people in my life are gay. People that bring magical, amazing gifts and contributions to my life."

In "I Love You Philip Morris", Carrey plays a gay who falls in love with his fellow inmate while serving a sentence in prison.
Posted by Indiblogs at 10:45 AM