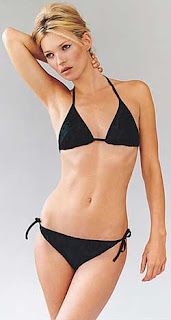 London, Dec 24 (IANS) Kate Moss is heading again to Thailand for New Year's eve, a place where she has celebrated past three New year's as well.

The British supermodel was keen to fly somewhere exciting and new place to welcome 2011, but couldn't plan it on time and instead will be returning to Phuket, Thailand for the fourth time to celebrate with her boyfriend Jamie Hince, reports contactmusic.com.

"Kate has been forced to book the same place in Thailand where she's spent New Year's eve for the past three years," said a source.

"She's in a huff because she was desperate for somewhere new, but was turned down by top resorts around the globe because they had no room left. She will now be flying to Amanpuri in Phuket on December 27," he added.
Posted by Indiblogs at 11:16 AM