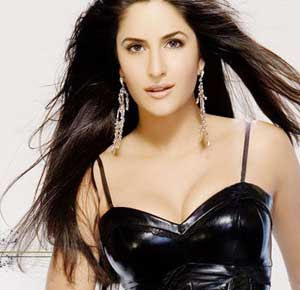 With their curiosity whetted by Katrina's slithery moves in television promos of the film, the Akshay Kumar-Katrina Kaif starrer was a hit on its first day.

However, industry insiders predict the huge turnout is mostly due to Katrina's dance number.

"We are having good advance bookings for 'Tees Maar Khan' and the initial response is good, with almost 90 percent occupancy, but the content is not at all as per expectations," Yogesh Raizada, corporate head (cinemas) of Wave Cinemas, told IANS.

"Audiences are mostly queuing up to watch Katrina Kaif in 'Sheila Ki Jawani', and that's about it," he added.

Amit Awasthi, senior manager (programming and operations) of Spice Cinemas, said: "The movie has opened to a fantastic initial with over 95 percent occupancy and the audiences are coming in mostly due to the hot item number," said Awasthi.

A source from PVR cinemas also said: "The initial for the movie is good at about 80-90 percent but the content is not getting appreciation. The audiences are only here for the item song and not for the movie per se."

Co-produced by Three's Company, Hari Om Entertainment and UTV Motion Pictures, the previews for the movie held on Dec 21, Dec 22 and Dec 23 in select cities in Britain have, however, grossed over Rs.7.5 million.

In the US, the previews grossed Rs.4 million on Wednesday alone, according to a statement by UTV. While in the Middle East, it has made around Rs.9.5 million on its opening day.

Another movie that was released is Ajay Devgn-Kajol starrer live action animation "Toonpur Ka Superhero" that is still waiting to pick up with only 20-30 percent occupancy on an average.
Posted by Indiblogs at 11:30 AM