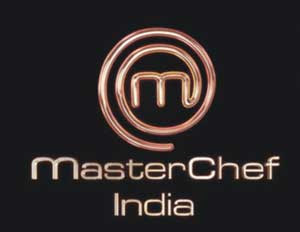 She was announced the winner after voting by host and judge, Akshay Kumar and his co-judges, noted chefs Ajay Chopra and Kunal Kapoor, in the finale aired Saturday.

Bhadouria, 38, gave up her job as a teacher to be part of the show. Apart from the Rs.1 crore, she also gets a chance to host a cookery show and release a cookery book.

She pipped 24-year-old boy Jayanandan Bhaskar, also from Lucknow, to win the title.

Started in October 2010, the culinary show was a platform to acknowledge and encourage the skills of passionate cooks and groom them to become professionals.

The finale episode was graced by Bollywood filmmaker-choreographer Farah Khan and actress Katrina Kaif, who came to promote their film "Tees Maar Khan", which also stars Akshay.
Posted by Indiblogs at 11:31 AM