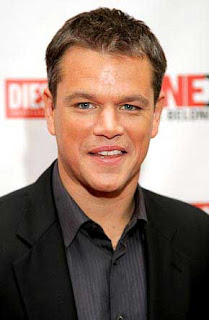 London, Dec 24 (IANS) Hollywood star Matt Damon is convinced his director pal Steven Soderbergh is ready to hang his boots in movie business to forge a new career as a painter.

The Hollywood actor has worked with the famed moviemaker on a number of projects, including the "Ocean's Eleven" series, "The Informant!", upcoming action thriller "Contagion" and his next on flamboyant pianist Liberace, but Damon believes the 47-year-old director will work on one more production before giving up filmmaking for good, reports contactmusic.com.

"He's retiring, he's been talking about it for years and it's getting closer. He wants to paint and he says he's still young enough to have another career. He's kind of exhausted with everything that interested him in terms of form. He's not interested in telling stories. Cinema interested him in terms of form and that's it. He says, 'If I see another over-the-shoulder shot, I'm going to blow my brains out'," said Damon.

"After this movie ('Contagion') we're doing 'Liberace' next summer with Michael Douglas, and then he might do one more movie after that with George (Clooney), and then after that he's retiring," he added.
Posted by Indiblogs at 11:22 AM