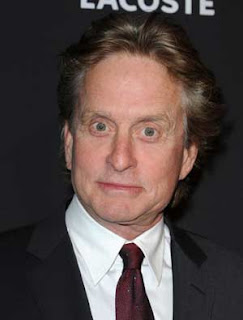 London, Dec 20 (IANS) Veteran actor Michael Douglas, who's recuperating after undergoing radiotherapy and chemotherapy treatment for throat cancer, is planning to attend Golden Globe awards ceremony where he has been nominated in the Best Supporting actor category.

The 66-year-old actor has been nominated for his role in "Wall Street: Money Never Sleeps" and his friend Alan Burry admits he is keen on attending the award function, reports femalefirst.co.uk.

"Michael would like to go to the Golden Globes. He is planning on going," Burry said.

"Michael can't yet return to work and he can't work out physically, he has been ordered to take it easy and get his energy levels up," Burry added.

The actor has been placed on a special diet to help him regain the weight he lost during cancer treatment.

"Michael has to eat a lot now to gain back the weight and help him find his strength again. That's one of the hardest things when you have been through the medication and treatment. He needs to gain weight. He looks thin, it's true, but that is because the chemo eats everything in someone's body," Burry said.
Posted by Indiblogs at 10:51 AM