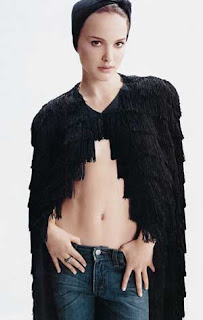 London, Dec 30 (IANS) Actress Natalie Portman was physically and emotionally so drained during the shooting of "Black Swan" that she thought she might die.

The pregnant actress plays a ballet dancer in the movie, and the role required intense training.

"There were some nights that I thought I literally was going to die. It was the first time I understood how you could get so wrapped up in a role that it could sort of take you down," Portman has been quoted as saying by contactmusic.com.

Portman, who lost 9 kg for the role, spent up to eight hours a day in dance rehearsals, and had even dislocated a rib during the shoot.
Posted by Indiblogs at 2:28 PM