Rani Mukherjee says, 'No One Killed Jessica' should get 'A' 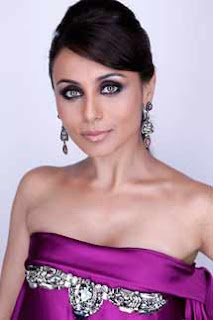 Usually actors wish for a U/A certificate for their films so that many people can go and see the film, but Rani Mukerji is different. The actress wants an 'Adult' certificate for her forthcoming film "No One Killed Jessica".

"Even I wouldn't get my niece for the film because I think it's not meant for her," she added.

"No One Killed Jessica" is based on model Jessica Lall who was shot dead in 1999 by Manu Sharma in a nightclub. Produced by UTV Spotboy, the film also features Vidya Balan as Jessica's elder sister Sabrina. It will hit the screens Jan 7 next year.

In the film, Rani will be seen in a completely different and bold avatar.

"My role is that of a TV news reporter called Meera Gaiety. She is a fearless journalist, in a way heroic like most female journalists. It was a great experience working on this film because I had the chance of asking the questions and not answering them," said Rani.

"The character is inspired by many women journalists. It's a mixture of all, not on one particular woman journalist. My director wanted me to build this character as my own," she added.
Posted by Indiblogs at 3:49 PM

Email ThisBlogThis!Share to TwitterShare to FacebookShare to Pinterest
Labels: bollywood, No One Killed Jessica, rani mukherjee