Shah Rukh Khan says I went into depression, but am back 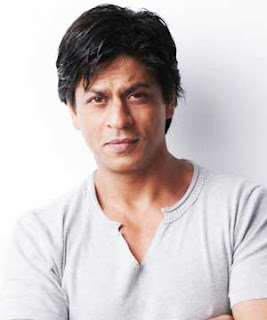 Mumbai, Dec 21 (IANS) Shah Rukh Khan says he had gone into a depression mode but is now back and full of energy. The 45-year-old superstar also believes he is very poor at expressing his innermost feelings, be it love, anger or friendship.

"I feel so much healthy and refreshed from within - due to the injury and the suffering I had got into a depression mode but now I am out of it. I feel happy and boosted with energy," Shah Rukh told IANS in an interview here. The actor tore a ligament in his shoulder during shooting in 2008 and underwent surgery early last year.

When asked how he copes with the controversies and comparisons, Shah Rukh said he lacked in the art of expression, which is often misinterpreted by the masses.

"I am a different person in my films; I am very vocal and expressive in them, but in my personal life I am a very weird person. I face difficulty when I have to express my innermost feelings. I am very shy, quiet and reclusive as an individual.

"It is not something I am proud of but I lack in the art of expressing my love, my friendship, my anger, my apologies, which people misinterpret at times.

He is all set to make his small screen comeback with "Zor Ka Jhatka" on Imagine TV, for which he will begin shooting in the new year.

"I started my career from TV when I was nothing; it is a medium which is very close to my heart and now I feel excited to be back on it again."

Shah Rukh made his acting debut in 1988 with the television series "Fauji". After that he went on to appear in several other television serials, most notably in Aziz Mirza's 1989 series "Circus".

"I have worked on all the different platforms, be it theatre, films, TV - but genuinely, TV is my favourite."

He, however, feels he lacks knowledge of the television industry. "On many occasions I find myself lacking as far as TV knowledge is concerned. I am not very well-versed with the working of the industry, the terms and terminology of it; so I try to stay away from it," Shah Rukh said.

"When I stand among people from the TV industry, I feel awkward. I feel as if I don't know what they are saying," he said.

He has spent two successful decades in the film industry.

Shah Rukh made his Bollywood debut with "Deewana" (1992) and since then has worked in films like "Baazigar", "Kuch Kuch Hota Hai", "Devdas", "Swades", "Chak De! India" and "My Name Is Khan".

And he says he is an original.

"I am not the number one star for myself because I try harder every day; I have always believed that I haven't done the best and could have done better. The day I stop doing that I will stop working."

Asked about his current movie projects, he said, "I am working on quite a few projects as of now. I am in the mode to work round the clock with television and films. I am currently shooting for 'Ra.One', 'Don-2', and Vishal Bharadwaj's film which is an adaptation of Chetan Bhagat's 'Two States'."

So what is his selection criterion for scripts?

"I try to keep myself on the other side when I sit to take a decision. I think about it with a third person perspective. I take up projects which I find appealing and grow my interest in them. 'If I like it, others will also like it' - this is how my mind works."
Posted by Indiblogs at 11:46 AM