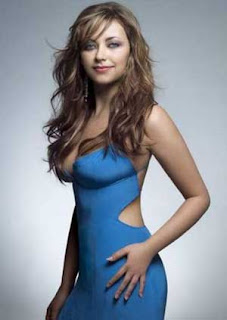 London, Dec 29 (IANS) Singer Charlotte Church who has two children says she wants to have more kids in the future.

Charlotte, who is dating musician Jonathan Powell, said: "It's weird to think that they won't be entirely related to my two children now. I'd also hate to think that Ruby and Dexter are the last time I'm ever pregnant. Because I loved the whole thing. I love it all, I loved being pregnant, breastfeeding, having young children."

"The tiredness and the hard work of it all is tough but it's amazing. It's the best thing in the whole world and I think sometimes you hear so much of the negatives but it is ridiculously rewarding," contactmusic.com quoted her as saying.

The 24-year-old star who relaunched her pop career in 2010 with the new album "Back to Scratch" admits the responsibilities of parenthood are huge but says her children are the most important thing in her life.

"They're amazing and to shape these two little individual people who will eventually be completely separate from you. To bring them up and try to make sure you're doing the right thing is just amazing."
Posted by Indiblogs at 10:43 AM