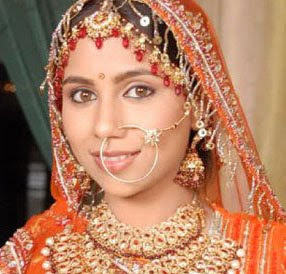 "I have quit 'Balika Vadhu'. It's been almost two weeks that I have stopped shooting for the show," Vibha told IANS.

Asked about the fate of her character, she said: "I don't know, it has not yet been decided but whenever they want me to be there I will co-operate," she added.

After playing Sugna, a young girl belonging to an affluent family in a Rajasthan village, in the new show Vibha will be seen playing a Gujarati, whose father is a florist. She is married in a joint family.

"I am playing the role of Laxmi in this serial. Laxmi is an Indian girl with core Indian values. She is very obedient and well mannered and treats everybody like her family," she said.

The show is written, produced and directed by Rajesh Joshi, who has written the story for hit shows like "Pavitra Rishta", "Kyunki Saas Bhi Kabhi Bahu Thi", and "Bandini", among others.

It will also star Vivan Bhathena, Anisha Kapoor and Aamir Dalvi.
Posted by Indiblogs at 2:56 PM