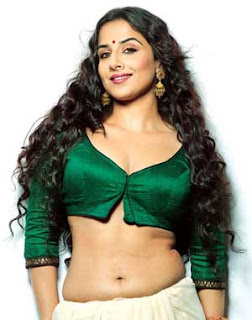 New Delhi, Dec 15 (IANS) Marriage may or may not figure in her five-year plans but Vidya Balan is not ready to give up acting for "anything or anyone" and feels life has been "good" ever since she turned 30.

"Acting is a part of who I am. I don't think I will remotely give it up for anything or anyone," the 32-year-old actor told IANS in an exclusive chat in the capital.

"But having said that, if it comes naturally to me and I do feel like taking it easy at some point of time, maybe I will. But that shouldn't be a pre-condition to get into any relationship," she added diplomatically.

Vidya, who will soon be seen in "No One Killed Jessica" based on the Jessica Lall murder case, says she is glad women are not giving up their careers just for their personal lives any more.

"I think today women continue to work at every age. It's fantastic! And it is happening in every profession. I met a girl at a store who got back to work within just two months of delivering a child - such is the dedication.

"But, yes, in our profession (acting), in the earlier days, the moment you got married, you ceased to be an object of desire, which is why a lot of actresses retired. Today, no longer! I guess that's also got to do a lot with the fact and attitude that today if someone is with someone, it doesn't stop you from desiring them!" she said and broke into a naughty laugh.

The critically acclaimed actress, who featured in films like "Parineeta", "Ishqiya", "Guru" and "Paa", is on a high these days. Neither her performances, nor her dressing sense are being criticised - and she admits she has started being very careful and fussy.

"Over a period of time, I think rightfully so, I have found the courage to do only what I want to do. I will not get pressurised to do anything that I don't want to do, even if it is a right film, or maybe it's the kind of film that one should be doing.

"It has to challenge me and it has to excite me. It can be an extremely simple film, it could be a mad role, it could be intense...it could be anything across the spectrum...but I have to feel excited," she said.

That's also her mantra when it comes to dressing up - especially since she became the favourite child of India's fashion police. Now she often sports designer Sabyasachi Mukherjee's elegant saris and steals the show wherever she goes with her style.

"I stick to what makes me feel I look good in. If I feel I am looking good in something, I will wear it. And if it isn't, then even if it is the most beautifully crafted creation, I won't. That's the only criterion I use while wearing anything now and I guess that's what has worked for me," she said, as she sat pretty in a black and red gown at a five-star hotel here.

Vidya has completely dressed down for her role in "No One Killed Jessica", where she portrays the strong-willed and simple Sabrina Lall, who fought an over-a-decade-long legal battle to get justice for her youngest sister, model Jessica Lall, who was shot dead by Manu Sharma in 1999.

She has gladly worn an "almost no make-up look" and worn "asexual" clothes in the film, releasing Jan 7.

"There's no shape to the clothes I have worn in the film. Loose t-shirts, men's shirts, loose jeans, spectacles...these are what I have worn to show what a regular girl Sabrina is," she said, and added she dare not be caught wearing those sort of clothes in real life.

After "No One Killed Jessica", Vidya is looking forward to the release of Sujoy Ghosh's "Kahaani", and will start working on Milan Luthria's "A Dirty Picture". The latter will see her at her sensual best as she prepares to essay south-based actress Silk Smitha, best known for her sex appeal. The actress was found dead in her Chennai apartment in 1996.
Posted by Indiblogs at 10:23 AM