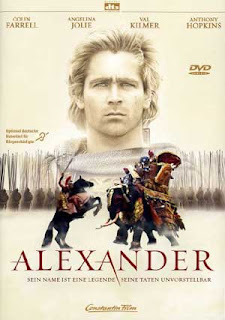 London, Jan 1 (IANS) Actor Colin Farrell admits he went into depression mode after his film "Alexander" didn't fare well at the box-office and also considered turning his back on acting career.

"That was tough. I say tough relative to a charmed life, but I'm not going to apologise for how much it affected me emotionally and psychologically. I was going to walk away from acting. I couldn't even buy a packet of cigarettes without feeling like I needed to say sorry to the guy behind the counter just in case he happened to see the thing," dailystar.co.uk quoted him as saying.

"I just completely fell to s**t on that one. It was literally the first time I couldn't say to anyone around me, 'Have I been late for work, have I missed any days, have I been hitting my marks?' Because the answers would have been yes, yes, and no... I lost the ability to be confident that I could make a change myself."
Posted by Indiblogs at 11:18 AM