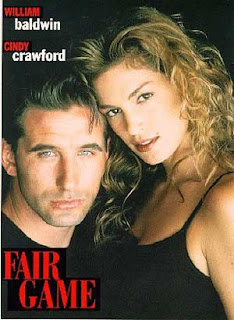 What do you do when you know an indisputable truth, but everyone around believes the lie? If you are one not blindly focused on meek self-preservation, you'll speak out.

Valerie Palme (Watts) faithfully served CIA for 15 years. But when her ex-US ambassador husband Joe (Penn) writes an article in 2003 exposing the Bush administration's lie about Weapons of Mass Destruction (WMDs) in Iraq, thus making the entire invasion illegitimate, she and her family become fair game (easy target) for everyone.

Despite having been let down by her own agency, she maintains her silence while her husband wages a lone war. This brilliant film asks us -- who benefits from silence of the ones who know the truth and what is our individual duty in such a situation?

The truth, much as we deny it, is that governments lie -- proven endlessly by history with the legitimacy of almost every war of the last 100 years marred by what we now know were lies. Even the biggest war of this millennium - the Iraq war - is based on a huge and fabricated lie, that of WMDs.

Yet the greatness of the political thriller based on two books on the true story of CIA agent Valerie Palme is that it does not take the easy path of entirely blaming the administration. Instead, it sets out on the proven assumption that governments lie but it is upon individuals to keep their lies in check by exposing them.

And that is where Valerie fails. She is afraid, and rightly so. After all, how can two people take on the might of an entire nation without being buried alive in its repercussions? But sometimes individuals have to sacrifice personal safety, for the true greater good.

Political thrillers are many, but one that covers so many perspectives, without losing focus on any, is a rare achievement. "Fair Game" achieves that with delicate aplomb, mixing the political with the personal with an adroitness, which has rarely been seen in cinema.

The film is filled with brilliant moments which sharp minds will not miss. In one, a father and son inside a car in Baghdad hear gunshots. In just that brief minute's scramble, without showing a gun or blood, director Doug Liman gives us a glimpse of the horrors of war.

In yet another, the film shows how governments use semantics and 'Chinese whispers' when after a news report about the discovery of aluminium tubes, people discuss how tubes 'filled with uranium' have been found in Iraq. It subtly tells us that while the truth is putting on its shoes, the lie travels the world and comes out bigger and stronger.

The film brilliantly goes beyond cliches to juxtapose real footages of George Bush lying about WMDs with fiction asking the question who was made fair game - Valerie, citizens of the US or the entire world?

The suggestion in the end is that those who have the privilege to know the truth are dutybound to say it. That is the only way to ensure that one makes a game fair and not make fair game of others.
Posted by Indiblogs at 10:52 AM