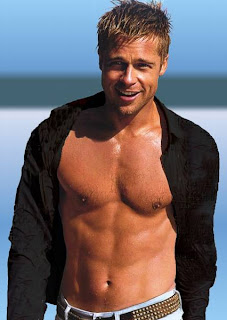 London, Jan 7 (IANS) Hollywood actor Brad Pitt is reportedly in talks to produce and star in a biopic about the life of legendary Beatle John Lennon.

The 47-year-old actor is believed to have met Yoko Ono, the widow of the late Beatle, to discuss playing the role. Yoko Ono was impressed by his plans to learn to sing and master the Liverpool accent, consequently giving the project her "blessing".

"Brad already has a writer working on the script. And Yoko has given the project her blessing so long as it's true to John's life," contactmusic.com quoted a source as saying.

"Brad wants to do all the singing himself and plans to take voice lessons. If he can't pull it off they'll use John's own voice."

According to reports, no director has been named for the project based on the "Imagine" hitmaker who was shot in 1980 in New York by crazed fan Mark Chapman.
Posted by Indiblogs at 10:38 AM