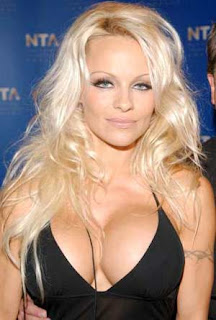 London, Jan 4 (IANS) "Baywatch" beauty Pamela Anderson was left terrified after a crazy stalker confronted her on a train.

Anderson was followed along a platform by the young man at Liverpool Lime Street station, England, after a stint in the city taking part in a pantomime - a traditional British Christmas theatre show.

The unidentified male followed the 43-year-old beauty along carriages in the train, but police managed to stop him from getting too close to her by halting him with pepper spray.

"The man became verbally abusive to rail staff when he was asked to produce a ticket. British Transport Police attended and the man became violent and assaulted an officer and was arrested," contactmusic.com quoted a police official as saying.

"Officers were forced to use capture spray as the man resisted arrest."

Pamela who was playing the Genie in the pantomime version of "Aladdin" at Liverpool's empire theatre was heading back to London.

"A load of them jumped on him and spayed him before hauling him off by his arms and legs. She was shaken up, but glad he was taken away before anything happened," said a source.
Posted by Indiblogs at 12:13 PM